US natural gas futures joined the space for other energy commodities to fall on Friday after a volatile session.

US natural gas futures joined the space for other energy commodities to fall on Friday after a volatile session. Natural gas bucked the late-week downtrend for the sector, boosted in part by US government data that showed a weekly increase in domestic inventories, which did not surprise the market.

Meanwhile, operator data showed eastward flows of gas through the Yamal-Europe pipeline to Poland from Germany.Gas flows from Russia to Europe via Ukraine were largely flat on Monday morning.

Russia’s Gazprom said on Monday it would ship 42.9 million cubic meters of gas to Europe via Ukraine on Monday, a level similar to what was reported in recent days.

While the flow of gas through the Nord Stream 1 pipeline, which crosses the Baltic Sea to Germany from Russia, remained at zero, the pipeline has not reopened since it was shut down on August 31 for what was supposed to be three days of maintenance.

Technically, natural gas continued its cautious rise during its previous trading, amid being affected by breaking a major bullish slope line in the medium term. This is shown in the attached chart for a (daily) period, with the negative pressure continuing for its trading below the simple moving average for the previous 50 days.

In addition to that, we notice that the RSI indicators reach overbought areas, exaggeratedly compared to the price movement.

Therefore, we still expect the decline of natural gas to return during its upcoming trading, as long as the pivotal  6.412  resistance level remains intact, to target again the 5.310  support level. 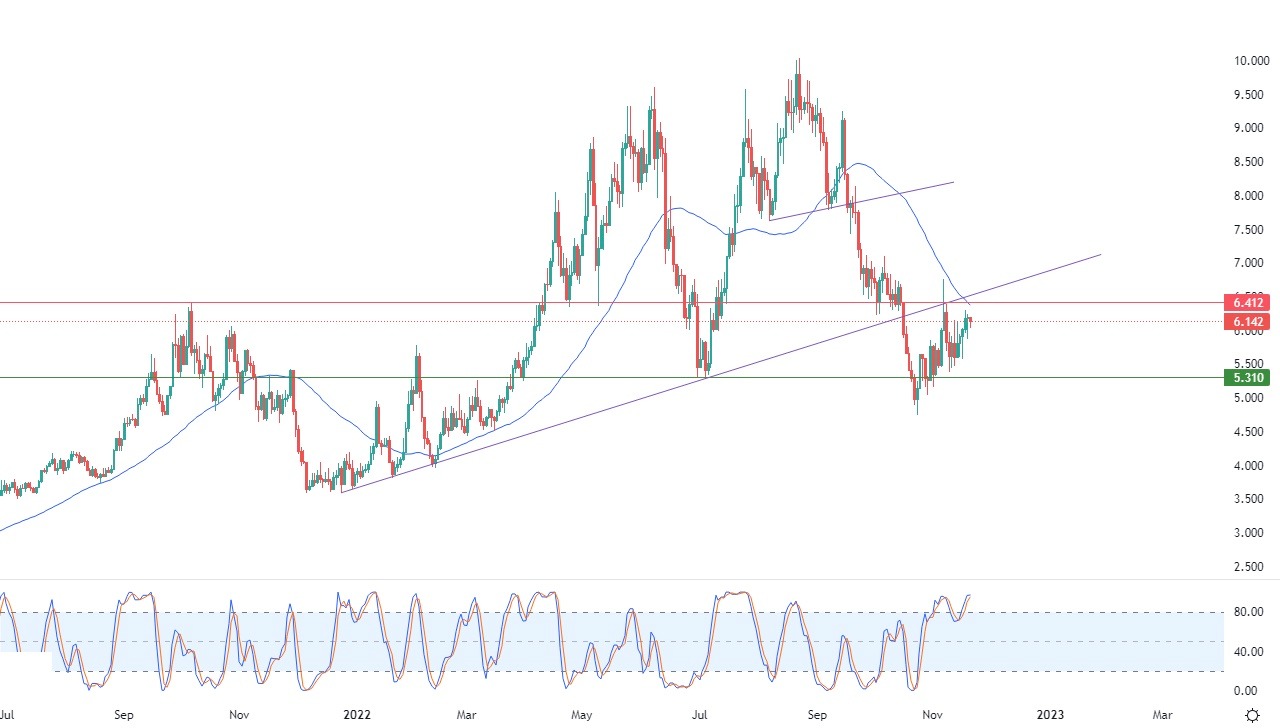 Ready to trade Natural Gas in Forex? Here are some excellent commodity trading platforms to choose from.

What to Look for When Choosing a Forex Broker

Understanding How Forex Is Taxed In South Africa

Sebatechnology.com Review: Why is This Broker taking over The Trading World?